When a church takes its stakeholders seriously – and not just its shareholders – the circle of ministry grows and becomes stronger. Real change involves both the way we think and the way we act. We have to think ourselves into a new way of acting, and act ourselves into a new way of thinking. Attitude and behavior go together. One attitude adjustment churches can make that will change their behavior is to begin to think about stakeholders, not shareholders. Shareholders own a

Are you experiencing seismic shifts within and around your Church? Are you seeing new ideas, energy, and connections emerge unexpectedly? Do you have an inkling that new behaviours are required of church leaders and members? Do you have a feeling of possibility as former things end and new things emerge? Our Flourishing Congregations Institute team has partnered with New Scoop YYC to offer four free online events to address some of these and other questions. On Monday, Octobe 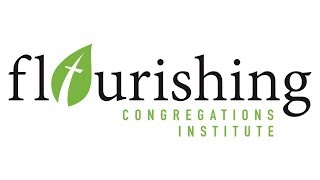 We are excited to unveil our new website - www.flourishingcongregations.org - an ongoing work in progress, as we develop as an Institute. If you have ideas on ways to improve our site, send us a note. In the coming weeks we are working to refine our communications plan as an Institute. Our goal is to strengthen the ways in which we communicate our activities, share resources of interest to scholars studying congregations as well as congregations themselves, and receive ongoin

Our Flourishing Congregations Institute research team—based at Ambrose University in Calgary, Alberta—spent April to June 2016 interviewing and facilitating focus groups with over 100 Catholic, mainline Protestant, and conservative Protestant leaders in Vancouver, Calgary, Winnipeg, SW Ontario, and Halifax regions. The purpose? To explore how leaders of self-identified flourishing congregations describe and explain the optimal traits and characteristics of a flourishing congr

Greetings on behalf of the Flourishing Congregations Institute at Ambrose University in Calgary, Alberta! Some of you participated in our phase one interview and focus group research last spring/summer, several were instrumental to network us with church leaders across the country, and others have graciously followed and supported us from a distance. Thank you for your interest as we seek to better understand flourishing congregations in a distinctly Canadian context, mindful

Do you long to see teens and young adults more solidly connected to your church? Are you a preacher or do you belong to a church that has a preacher? If you answered “yes” to both of these questions, I invite you to take on the “Preaching Tag-team Challenge.” The best way to explain the challenge is to tell you this story. I serve as a small group leader in the youth program at the Meadowlands Fellowship Christian Reformed Church in Ancaster, ON, and Abigail was part of this

The Adaptive Church: Lessons from Evolution

Whatever you may think of evolution and its place in a Christian understanding of creation, the science is clear that DNA does evolve and change. Humans, plants and animals make adaptations over time. Interestingly, we are now becoming more aware of how DNA can be changed through personal and generational trauma! Evolution is a characteristic of nature, but also of organizations like the Church. Many church leaders love to use the term ‘our DNA’ when talking about the cultu

Clarifying Our Way Towards Flourishing

I still remember it like it was yesterday. I was about 14 years old when I experienced my first earthquake. It happened in Montreal, QC, an unlikely place, and it lasted just a few seconds. But that feeling that everything around you is shifting right before your eyes is unforgettable. The same type of thing is happening as it relates to the church and the shifting culture around us. We've read about it, we've studied it, but now we are feeling it. Things are moving and chang

How Must Pastors Flourish for their Congregations to Flourish?

One afternoon I sat in the dean’s office of a Canadian seminary. He excitedly said to me, “Roger, I have a new book for you to read. We’re giving it out to pastors and denominational leaders. It’s based on a seven-year research project in the U.S. that reveals what it takes for pastors to survive and thrive over the long haul. The authors discuss five themes of effective ministry, and we want to do something about it.” He fetched it from his bookshelf and handed it to me. The

What is Truth? (Hint: It’s more than Statistics)

In 1963 the Anglican Church of Canada commissioned the prominent, pithy journalist Pierre Berton to tell them, from an outsider’s perspective, exactly what was wrong with Canada’s churches and what they needed to do to fix it. In the resulting book, The Comfortable Pew (1965), Berton took the churches to task for being too attached to old dogmas like Jesus’ resurrection, the Apostles’ Creed, and even the idea of God as a cosmic “daddy on a cloud.” In a modern age of rapid cha

Lost in a Crowd?

Lakewood Church in Houston, TX. Photo by Amber Case. This work is licensed under a Creative Commons Attribution-NonCommercial 2.0 Generic License available here. While they’ve been around for a long time, megachurches have grown in popularity and influence. The Leadership Network reports that in Canada there are about 150 churches with weekly worship attendance of 1,000 or more. Together, these congregations draw 300,000 Canadians to worship each week. When we think about flo

Catholics are readily Canada’s largest religious group, numbering some 13 million people. That works out to about 40% of the Canadian population, compared to around 25% for Protestants and 10% for Other Major Faiths, led by Muslims at 3%. The balance of the population – almost 25% – indicate that they have no religion. Yet, as the 21st century began, Catholic parishes in Canada were not particularly flourishing. According to those most actively involved, 25% of their congrega

“Can You Imagine A Church Where….”

I don’t know about you but sometimes I forget why I got into this in the first place. Sometimes I find I can lose my way and get focused on the wrong things. Sometimes it just seems like we are busy being busy and have forgotten the business we’re actually in! Ever felt that way?! Fortunately there are other times too though… Times where I can imagine and see a different reality, a church that is growing people into mature followers of Jesus and truly experiencing the power o

Are we embarrassed? The Under Use of Marketing in Congregations

Congregations undoubtedly do amazing work. We have health services, food banks, children’s programming, leadership development, summer camps, long term care facilities, and programming to support every subsector of society with almost any challenge (not to mention supporting our communities with spiritual grounding, emotional support, and connection). If we were for-profits with these fantastic results, we would be shouting this from the rooftop. Our people would brag about

“I don’t know why anyone would come to our church.” The pastor’s voice faltered as he tried to control his emotions. “The music is terrible, sometimes there is no one there who even plays an instrument. People visit and they don’t come back.”It was 1995 in Minneapolis, Minnesota. I was interviewing pastors as part of my Ph.D. research. I had called this pastor several times, but he refused to meet with me in person. I think he was too ashamed. He could not understand how

A Recipe for Church Growth

Photo: Courtesy of Elmdon Church, Solihul, UK As a boy in the 1970s I often accompanied my grandmother to her neighborhood United Church for Sunday service. Back then my Grandma’s church was packed with young and old alike. It wasn’t unique. The other Mainline Protestant houses of worship in her town—the local Anglican, Lutheran, and Presbyterian churches—were all filled. Times change. In Canada, the US and the UK the “Mainline” has moved to the “Sideline.” My grandmother’s U

On Saturday, November 26, 2016 the Flourishing Congregations Institute at Ambrose University formally launched. We were joined by approximately 100 people from seven Canadian provinces, plus 50 others via our live stream online. During this event we shared some of our preliminary findings from phase one interviews and focus groups in five Canadian regions. We are delighted to make those resources widely available via our website under the Resources tab (click here). There you

Confessions of a Church Drifter

I sat at the table in Starbucks across from Tara. From the start, I knew I was not in a welcoming conversation when she refused to order anything though she had chosen the venue. So I dutifully got myself a coffee to legitimize our occupation of a space in this citadel of transient community. Drifting as a Disastrous Pattern Tara had come to our church from another about two years or so ago, seeking what she called "meaningful connections" among believers her age. She was i

Church: Where exactly can it flourish?

Are pews and steeples necessary for God’s people? In 2014, I was fortunate to be able to attend the Greenbelt festival in Cheltenham England as part of a delegation of people under thirty five from the United Church of Canada. While I’ve since passed that young-ish threshold as established by my denomination, I will never forget the experience of faith I encountered there. While Greenbelt is an annual gathering of thousands of people from around the world and has frequently

The Church in Exile